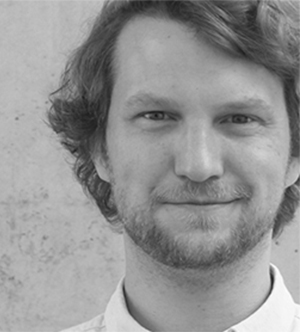 Tobias Eule, born 1985 in Bremen, studied sociology at the London School of Economics and the University of Cambridge between 2005 and 2009. His doctoral thesis in Cambridge, an ethnographic study of the application of migration law in German immigration authorities, was awarded the "Toby Jackman Prize for the most Outstanding Ph.D." in 2012. Tobias Eule has been working at the University of Bern since February 2012, first as an assistant at the Chair of General Sociology and from August 2014 as Assistant Professor of Sociology of Law at the Faculty of Law. He was also a visiting scholar at the Centre for Socio-Legal Studies in Oxford and a Research Fellow at the Department of Anthropology at the London School of Economics. Since the summer of 2019 he has been head of the Sociology of Law Research Group  in cooperation with the Hamburg Institute for Social Research, where he is a Distinguished Research Fellow.

Tobias (co-)author of the books Inside Immigration Law (Ashgate, 2014) and Migrants Before The Law (Palgrave 2018, translated as Hinter der Grenze, vor dem Gesetz at Hamburger Edition 2020), co-editor of special issues of Journal of Ethnic and Migration Studies (2017), Qualitative Studies (2018) and Journal of Organisational Ethnography (2020), and Associate Editor of Civic Sociology. As a sociologist of law, Tobias Eule researches the use and effects of law in society. His research understands the application of law as a negotiation process in which people and institutions encounter each other with different resources and ideas of law. His empirical studies contribute to explaining the differences between legal text, legal ideal and legal reality - for example in the area of migration management or global value chains. He is also engaged in more recent state research, and in methods of qualitative social research, especially institutional ethnography.

From a socio-legal perspective, this project investigates the importance of law for homeless people to cope with their precarious living situation in urban areas in Switzerland and Germany. The project is thus interested in the legal consciousness of people experiencing precarious housing or homelessness and whether they mobilise legal instruments to improve their situation. In addition, it explores how law in practice contributes to reproducing and reinforcing the marginalisation of certain groups of people – for instance, when homeless people have no access to legal support and cannot exercise their rights.

In doing so, the research project ties in with previous studies that both provide important insights into the effects of housing shortage and give indications of possible solutions. Many studies emphasise that research on homelessness needs to take greater account of the perspectives of those affected to better understand both the causes of the precarious housing as well as the people’s coping strategies. Taking these suggestions seriously, we accompany homeless individuals over a longer period as this allows to understand better their challenges to deal with the law, for instance in everyday interactions with state officials and social workers. Applying an ethnographic approach that combines participant observation, biographic-narrative as well as semi-structured interviews, we aim at capturing how homeless people perceive, use and contest the law and how their engagement with the law impacts their everyday tactics of improving their living conditions.

With its qualitative, socio-legal approach and building on the interdisciplinary background of our research team (anthropology, law, social work and sociology), the project seeks to provide a more nuanced picture of precarious housing as well as to theorise homelessness and its relation to the law. In doing so, we also aim at further developing the concepts of legal consciousness and legal mobilisation, especially in the German-speaking countries. Such an approach also helps to capture the multiple and intersecting forms of precarity that homeless people suffer.

We understand homelessness as a precarious situation that is caused, co-constituted or reinforced by other socio-demographic and economic aspects and is characterised by insecurity, instability, vulnerability and an uncertain future. We refer not only to ‘visible’ homelessness in public spaces, but also to the ‘invisible’ homelessness of people who live in temporary facilities or do not have their own homes. We do not understand the homeless population as a homogeneous group and consider different pathways into and out of homelessness. Therefore, an intersectional perspective that considers how homelessness is affected by class, gender, ethnicity, age, residence status and health is important to us. In this context, the project also looks at how homeless people are confronted with state intervention and the social stigmatisation and disenfranchisement that comes with it, but also how they resist it and what legal, social and spatial tactics they use to do so. The project then addresses the question of how homeless people confront state practices of governing the poor and concomitant social stigmatisation and disempowerment, but also how those affected by homelessness challenge such state practices what legal, social, and spatial tactics they use to do so.

A cross-cutting issue in many areas of law

The issue of homelessness affects various areas of law. In addition to constitutional and federal regulations, cantonal and municipal laws and ordinances are relevant for the governance of homelessness. In consequence, homeless people are confronted with a multitude of stakeholders, institutions and organisations with different – and at times conflicting – responsibilities, interests and tasks. This makes it difficult for homeless people to understand who is responsible for them and what rights they can claim.

By studying the legal consciousness of homeless people, we focus on their understanding and perception of their own situation. Findings from research in other countries and legal contexts show that in order to improve the situation of marginalized people, it is not enough to consider their specific rights or the design of social policy. Instead, it is vital to take their own perspectives and tactics seriously to find ways to improve their situation. We draw on current international research findings, but also on our own research experiences, which highlights the importance of informal sources of information against the backdrop of an illegible legal and regulatory context.

We are interested in how people affected by homelessness use their room for manoeuvre and how this is influenced both by their own legal consciousness and by structural and legal premises. By following homeless individuals over a longer period and by reconstructing their legal cases, we explore how our research participants navigate the law and state institutions within spaces of asymmetrical negotiation. In this way, we consider both people’s agency as well as the unequal power relations people are embedded in.